How police manage the 2,380 KNOWN sex offenders in Avon and Somerset

Written by Bridgwater Mercury on May 4, 2021

POLICE have revealed that there are 2,380 registered sex offenders living in Avon and Somerset.

Of those, 400 are currently in prison.

A force spokesman said it is the police’s duty to protect communities – and they do so by working with other agencies to manage the risks posed by violent and sexual offenders who have the “potential to cause the most serious harm”.

The constabulary has issued the following information.

There are 2380 Registered Sex Offenders in the Avon and Somerset force area, which include 400 currently in prison.

The majority of them live in our communities.

With proper treatment and supervision, many can live productive and stable lives.

Their behaviour is monitored and if they are believed to be at risk for reoffending or do not comply with their licence conditions, they may be returned to prison.

Many stay on the Sex Offenders Register for five years, ten years or sometimes even life.

Detective Chief Inspector Dickon Turner who leads Avon and Somerset Police’s Integrated Offender Management teams said: “It may surprise some people to know that not all sex offenders are paedophiles and many don’t fit the stereotypes and may be in loving relationships, holding down jobs and families.

“There is usually a reason behind their offending such as trauma, abuse or mental health problems, all of which we work to understand and help to manage in order to protect children and vulnerable people.”

We can then manage the risk that they pose and take action if they are causing concern or breaching any orders such as the terms of their licence.

Many RSOs live and work within the conditions of their licence without causing further harm to their communities.

HOW REGISTERED SEX OFFENDERS ARE MANAGED IN THE COMMUNITY.

RSOs are assessed to establish the level of risk of harm they pose to the public and risk management plans are put in place to minimise that risk.

Some measures that can be considered are:

The Integrated Response: Integrated Services (IRiS) team manage some of the highest risk offenders in the force area, however, the reoffending rate for most sexual offenders is low.

RSOs have been linked to around 22 newly reported sexual offences in the last three months [January, February and March combined].

That could be anything from indecent exposure or possessing indecent images of children to rape, and could have happened recently or in the past.

At Avon and Somerset Police, we have dedicated specialists to manage sexual and violent offenders. The Integrated Offenders Management Team consists of three sub-teams: the Sex Offender Management Team who manage registered sex offenders; the IRIS team who manage our highest risk sex and violent offenders and the Impact Team who manage prolific criminals, mostly associated with theft. 60 new officers will be deployed to the offender management team within the next two years (2021 – 2022) to strengthen our work in preventing serious sexual offences and keeping vulnerable people safe from harm.

‘Multi-agency Public Protection Arrangements’ is the process through which the police, probation and prison services work together with other agencies to manage the risks posed by violent and sexual offenders who live in our communities and pose the most serious harm.

Social services, health services, youth offending teams, Jobcentre Plus, Border Force, electronic tagging providers and local housing and education providers make up the other agencies who have a duty to cooperate in the MAPPA process. 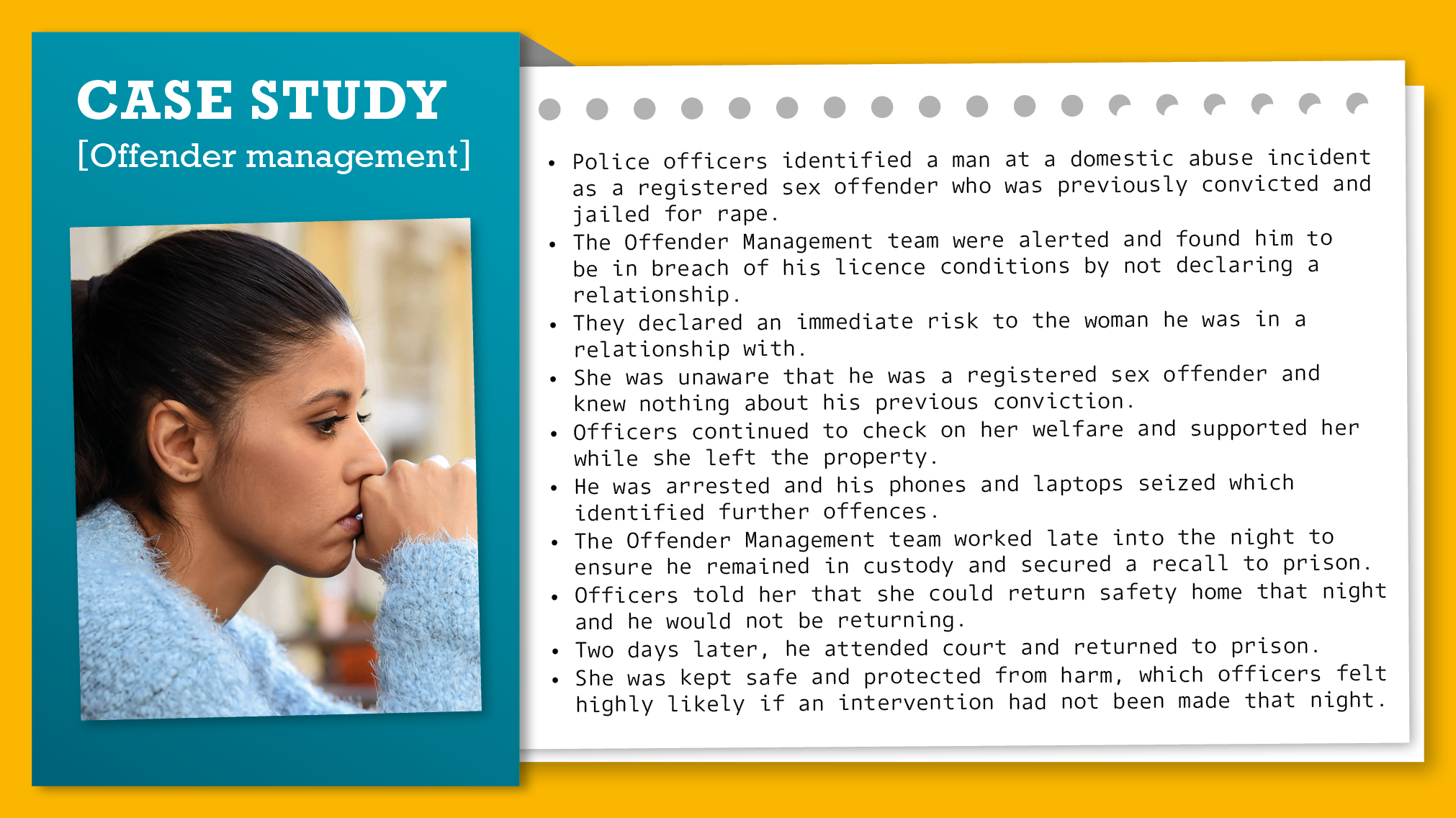 Specially trained police officers make home visits to registered sex offenders so they know where they are, what they do and who they associate with, so we can manage the risks of the most serious offenders who live in our communities.

Home visits continued during the COVID pandemic due to the high levels of risk, however, PPE was worn and consideration to those shielding were made.

The police can install software on an offender’s devices such as a computer or mobile phone that alerts us to any illegal content they may have searched for or viewed.

It means we can intervene early and take swift action if a person has breached their licence or order, or committed a criminal offence.

Avon and Somerset Police is one of six forces taking part in a world-first scheme involving burglars, thieves and robbers being fitted with GPS tags on release from prison. 24-hour electronic tagging is also used for the highest risk offenders.

If someone has gone somewhere they shouldn’t, an alert is sent to an officer so we can act immediately.

For example, a sex offender may be prohibited from being within ten miles of a victim’s house.

If they cross that ten -mile boundary, police can take immediate action.

The Violent and Sex Offender Register (ViSOR) is a database of sex offenders and violent offenders which police, probation officers and prison personnel have access to.

It is a key tool in the effective management of offenders and anyone who poses a risk of harm to the public. These records are kept maintained and updated with relevant new information.

Legal powers police can use to protect communities.

There is no general public access to the “sex offenders register”.

There are occasions where information is disclosed to another person or group of people to either protect them directly from the offender or for them to protect others.

You can apply for information about sexual or violent offenders under Clare’s Law also known as the Domestic Violence Disclosure Scheme and Sarah’s Law – the Child Sex Offenders Disclosure Scheme.

There are also legal powers which can be imposed on Registered Sex Offenders to protect the public from harm. Sexual Harm Prevention Orders and Sexual Risk Orders can place a range of restrictions on individuals depending on the nature of the case, such as limiting their internet use or preventing travel abroad. The penalties for breach range from a fine to imprisonment for up to five years. 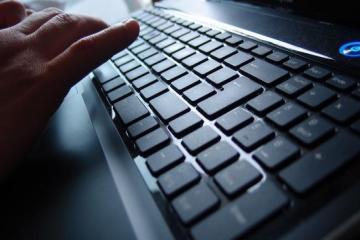 Odeon confirms plans to reopen on May 17