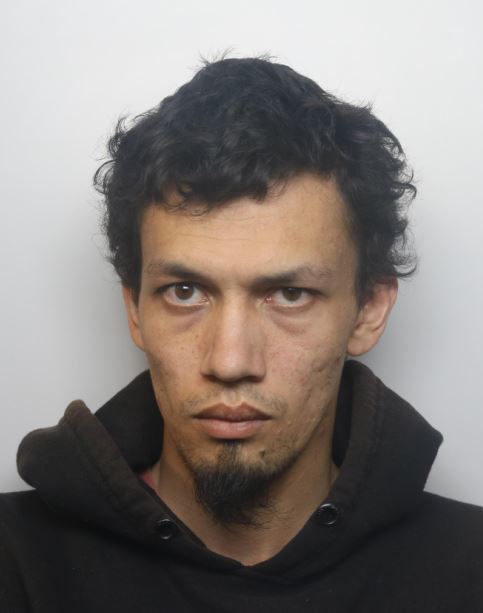 A HIGH-risk Somerset sex offender who was being monitored 24 hours a day on a GPS tag has been jailed for trying to lure a 15-year-old girl into a field for sex.

Samuel Netley was branded a danger to the public and a “devious, manipulative sexual predator with an unhealthy interest in under age girls” by the judge who jailed him.

Netley was on post-release supervision at a bail hostel in Bridgwater when he accosted the girl next to a skate park and offered her £20 to go with him to a nearby field.

He also showed her his car and offered to take her to Weston-super-Mare, Exeter Crown Court was told.

The girl escaped and alerted the police, who were able to trace his exact movements over the 15 minutes he had been with the girl from his GPS tracker.

The victim wrote an impact statement in which she said she is now wary of men, scared to go out alone and avoids the area near the skate park.

Netley was jailed in 2016 for grooming five girls on Facebook and trying to meet at least one of them.

He was made subject of a Sexual Harm Prevention Order which he has broken three times.

He had been released from an eight-month sentence for the third breach and moved into the hostel about two months before he approached the 15-year-old in Bridgwater in June last year.

At the time of his last sentence, he was assessed by probation as posing a high risk which could not be managed in the community.

Netley, 28, of Taunton Road, Bridgwater, denied inciting a child to sexual activity but was convicted by a jury at Taunton Crown Court in February.

He was jailed for four years and three months with an eight year licence extension by Judge Peter Johnson, sitting at Exeter Crown Court on Friday.

The judge told Netley: “You were almost twice her age and she says she was hysterical and unable to catch her breath. It is still affecting her markedly.

“I find you are a devious, manipulative sexual predator with an unhealthy sexual interest in under-aged girls.

“It is said this was not a contact offence, but it is as close to one as you are going to get.

“There is a worrying pattern and I unhesitatingly find that you are a dangerous offender.”

Christopher Smyth, prosecuting, said the girl was walking home past the skate park in Friarn Avenue when Netley walked up from behind and grabbed her hand.

He asked her age and then offered her £20 to go to a field and perform a sexual act on him.

She refused, but he made her walk with him for 15 minutes during which he also offered to drive her to Weston.

At his trial, he claimed to have been remonstrating with the girl because she had scratched his car, but a police officer had noticed the damage several hours earlier.

Emily Cook, defending, said Netley suffers from a form of autism which affects the way in which he interacts with other people.

He has never committed any sort of physical sexual assault.

She said this attempt was never going to have succeeded and a probation report rated his risk as medium rather than high.

Sedgemoor FM, The YMCA Dulverton Group, The Useful Media Company LTD or their affiliated organisations, agents, employees or appointed contractors are not responsible for the content on external websites, or information provided to this website via RSS feeds or other automated processes. It is assumed that the original creator of (including but not limited to) the article, post, web page, blog or social media update, has absolute rights over the sharing and distribution of all material.